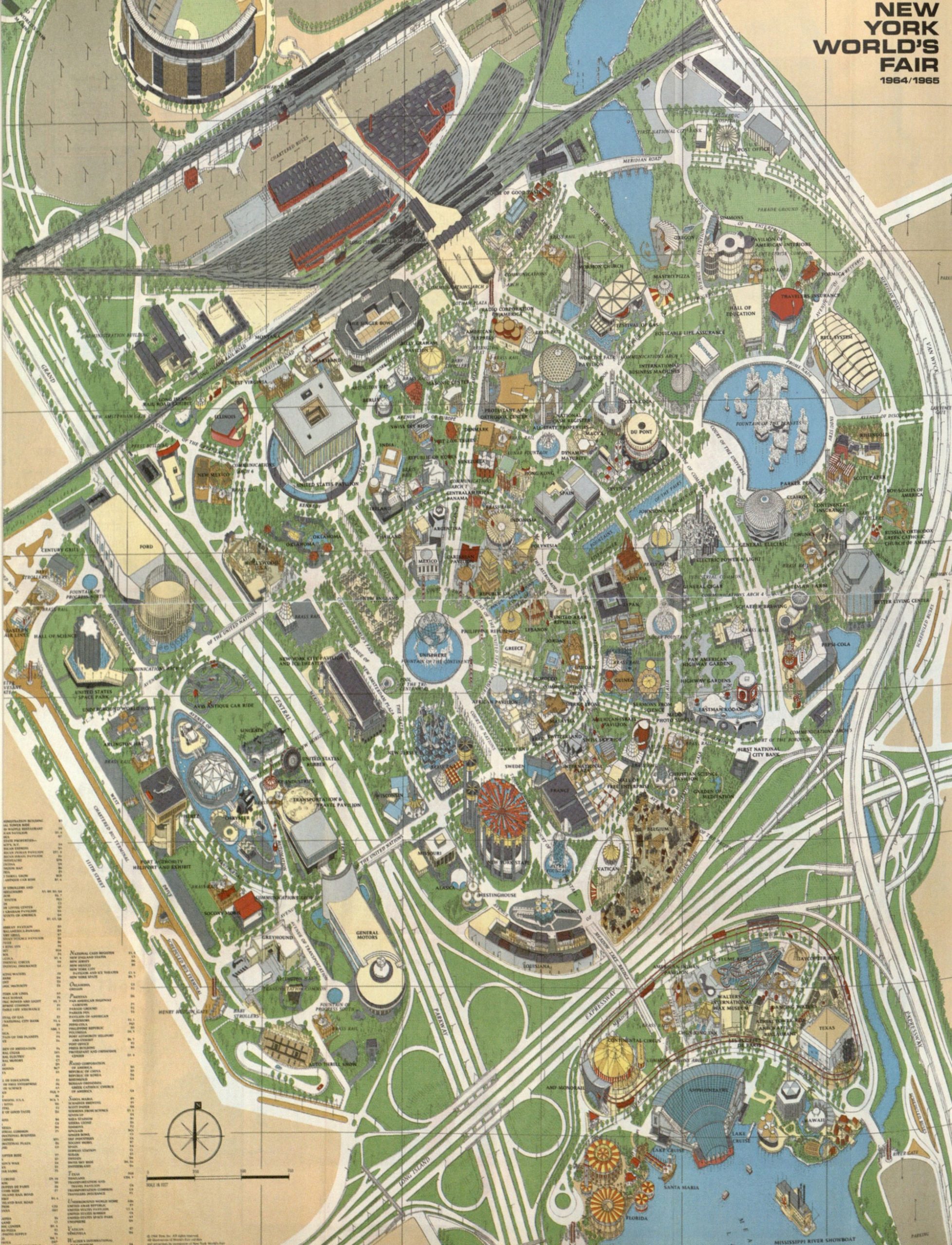 Earlier this year Alexandria’s Echo Press wrote about how that Viking, Big Ole, was born. I am going to share a brief look at the fair itself and encourage you to look further as there are a lot of interesting remembrances and details shared by writers better than me.

There were 140 pavilions represented by countries, states, and corporations at the fair. The grounds were divided into 5 areas. 1) Industrial This was the place for corporations to showcase their products. 2) International Amongst other exhibits here you could see Michelangelo’s Pieta (on vacation from St. Peter’s Basilica) and live giraffes in Africa’s pavilion. 3) Federal and State This is where Big Ole was located at the Minnesota Pavilion. According to articles I found about the fair, he was quite popular. 4) Transportation American automakers were the kings here and provided the introduction to Ford’s Mustang. Also at this pavilion was a huge dinosaur from Sinclair Oil and a Futurama Ride provided by General Motors. The ride included a trip to the moon, an undersea resort, and a pass through a city of the future. 5) Lake Amusement This pavilion could only be reached by a footbridge. It was the fair’s smallest venue and had an aquatic show, hula dancers, a one-ring circus, and an adult puppet show that included the likenesses of Frank Sinatra and Elvis. It was the hit of this pavilion and was named “Les Poupees de Paris“.


After the World’s Fair ended (ended badly apparently as there was a controversy over financial mismanagement), Big Ole headed west back to his home in Alexandria near the Chamber of Commerce. He used to be positioned a little further south at the intersection of Broadway and Third Avenue and as you will see in the photos, had blonde hair. Today he looks south to downtown Alexandria from his guard along the Central Lakes Trail and the shoreline of Lake Agnes.

I am a Realtor with Alexandria Brokers Realty and my market is the Greater Alexandria Area in Minnesota. Since 2002 lakefront real estate has been my focus and I’ve worked with numerous lakefront buyers and sellers. I’ve made it my job to know the shorelines of all of the lakes and the demand in any kind of market environment, hot or cold, and stay ahead of the curve in technology to benefit those that have entrusted me to help them sell or buy.