Yesterday I biked to downtown Alexandria from Lake Darling and passed through Big Ole Park to check out the progress of the new musical playground that the Alexandria Rotary Club funded along with other donors from our community. According to the Echo Press it is set to open this weekend. In one of the photos below, you will notice a line of picnic tables that seem a bit out of tune with the setting. They were added temporarily yesterday for a dedication and ribbon-cutting ceremony. There are six different instruments that visitors young and old can play. And, they can’t withstand Minnesota’s weather year-round. At the west end of the Alexandria Community Musical Playground is a bench dedicated to Jim Bill. It was donated by his wife, Vicki. Jim passed away in 2015 and was a longtime Rotarian and it was in Rotary that I got to know Jim. Nice is an overused and easy adjective to use but what comes to mind when thinking of Jim is “nice guy”. A good person. 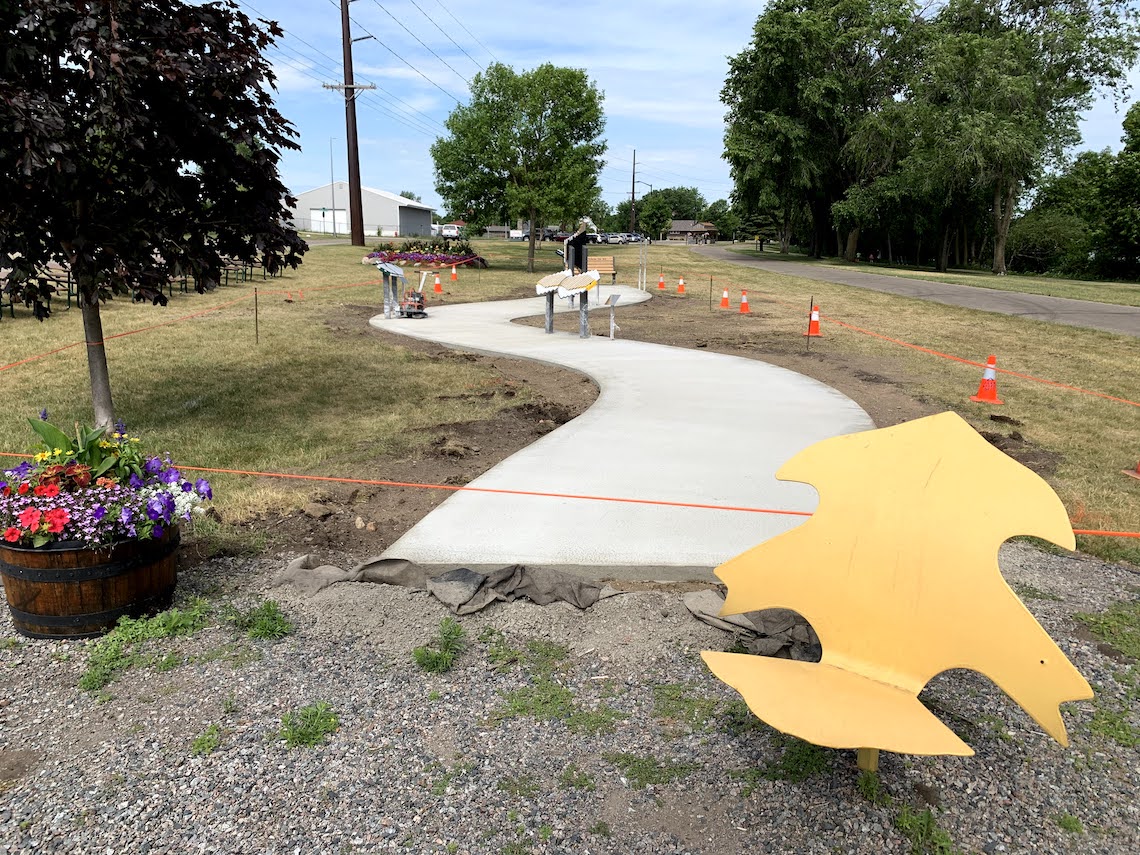 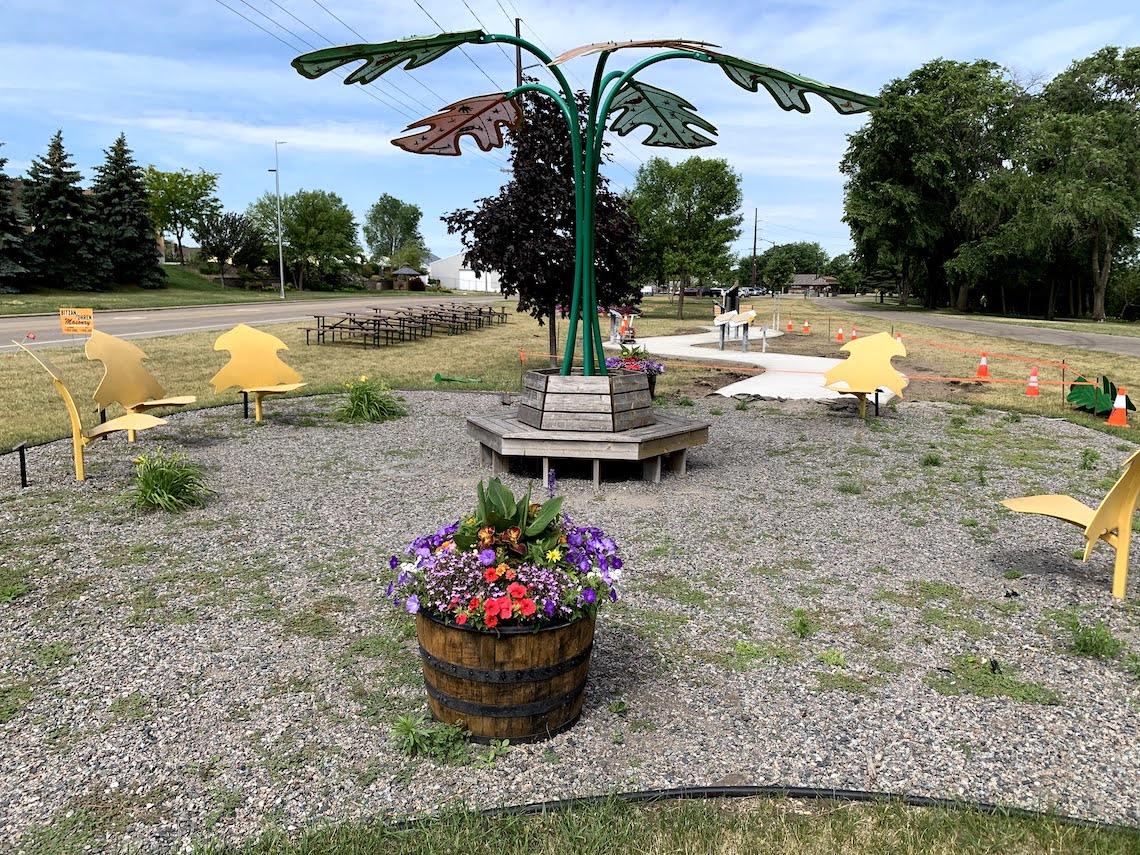 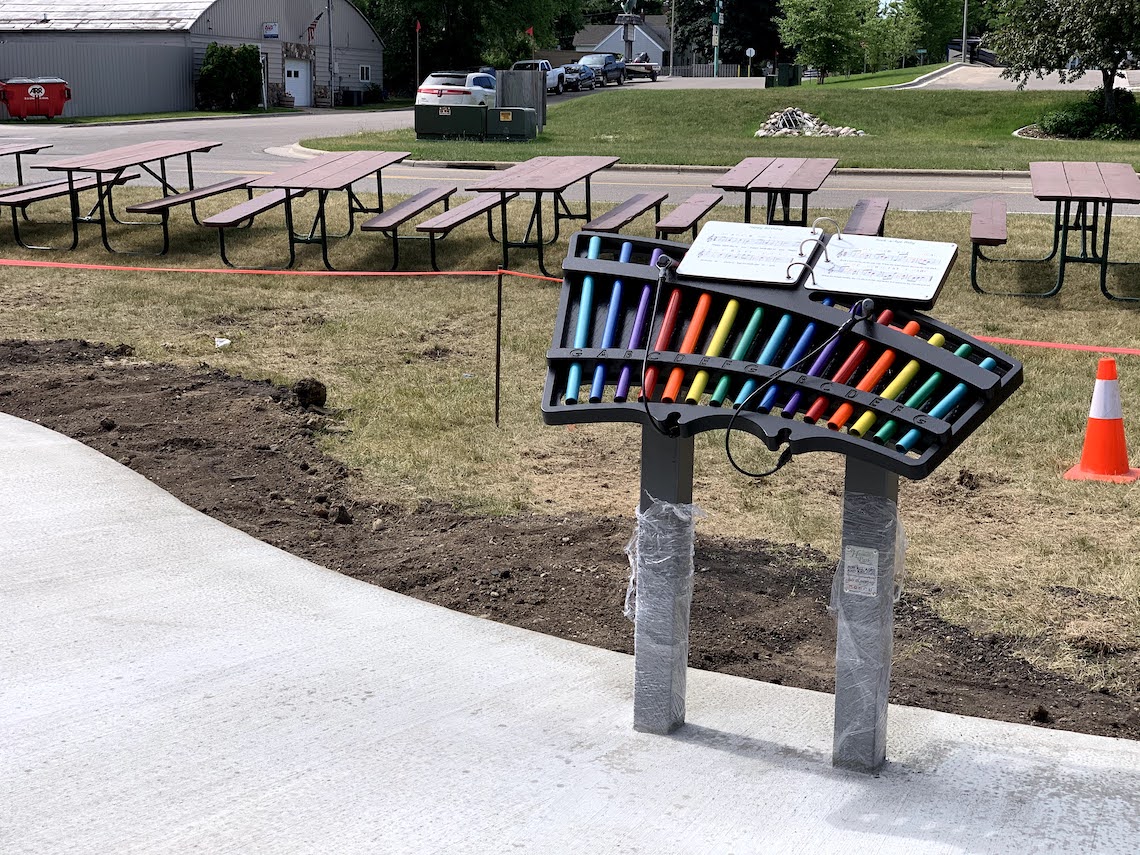 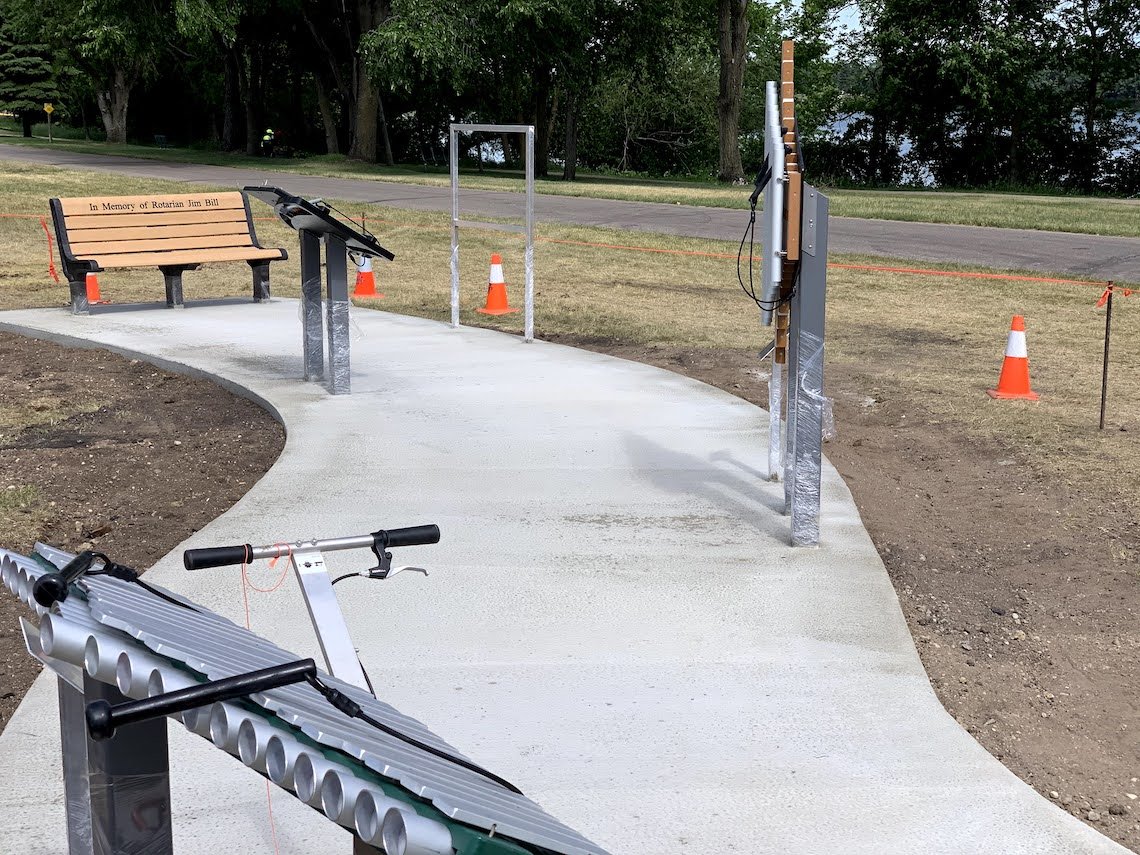 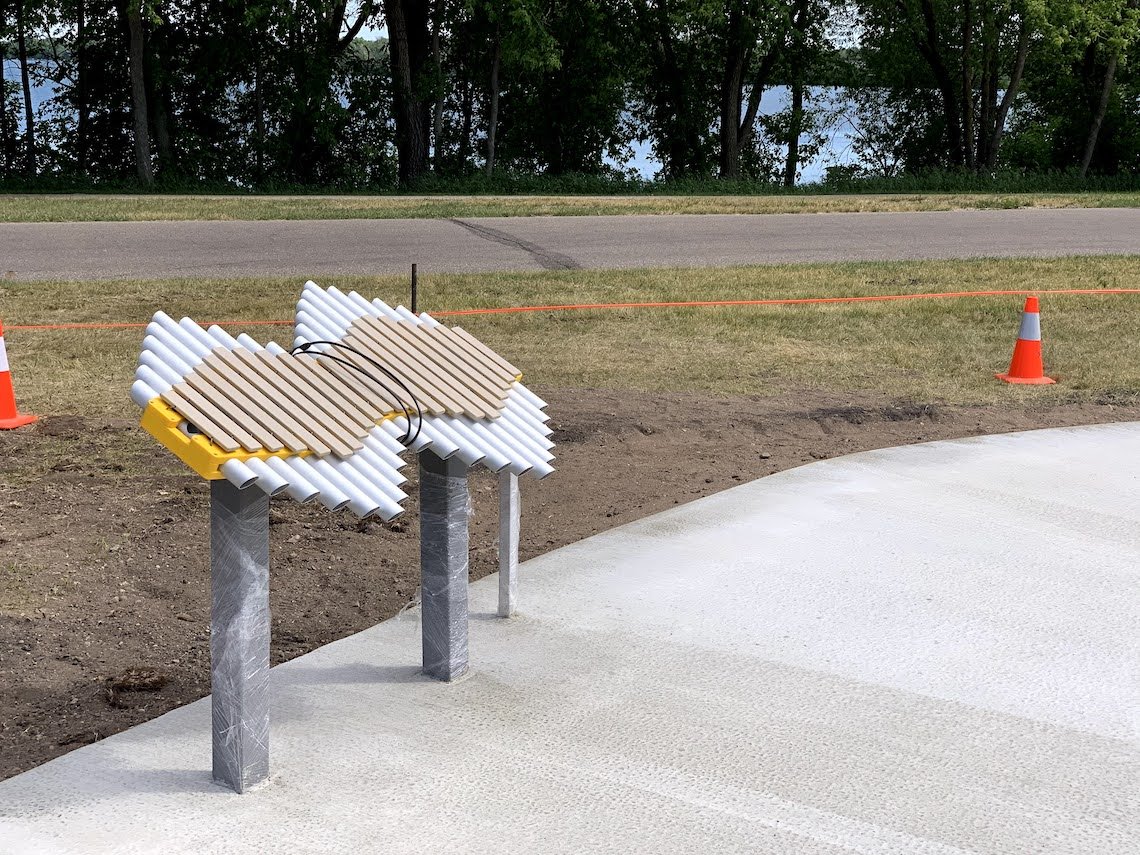 My next stop on my journey to my office on Broadway was the new Veterans Memorial Park. It honors veterans of all branches of the United States Armed Forces, living or deceased, going back to the 19th century. This year on the Fourth of July a dedication is scheduled.

Nine flagpoles display the flags of the United States of America, State of Minnesota, POW-MIA, Army, Marine Corps, Navy, Air Force, Coast Guard and Merchant Marines and surround the names of area veterans engraved on granite monoliths. At the entrance to the park is a life-size granite replica of the Liberty Bell. 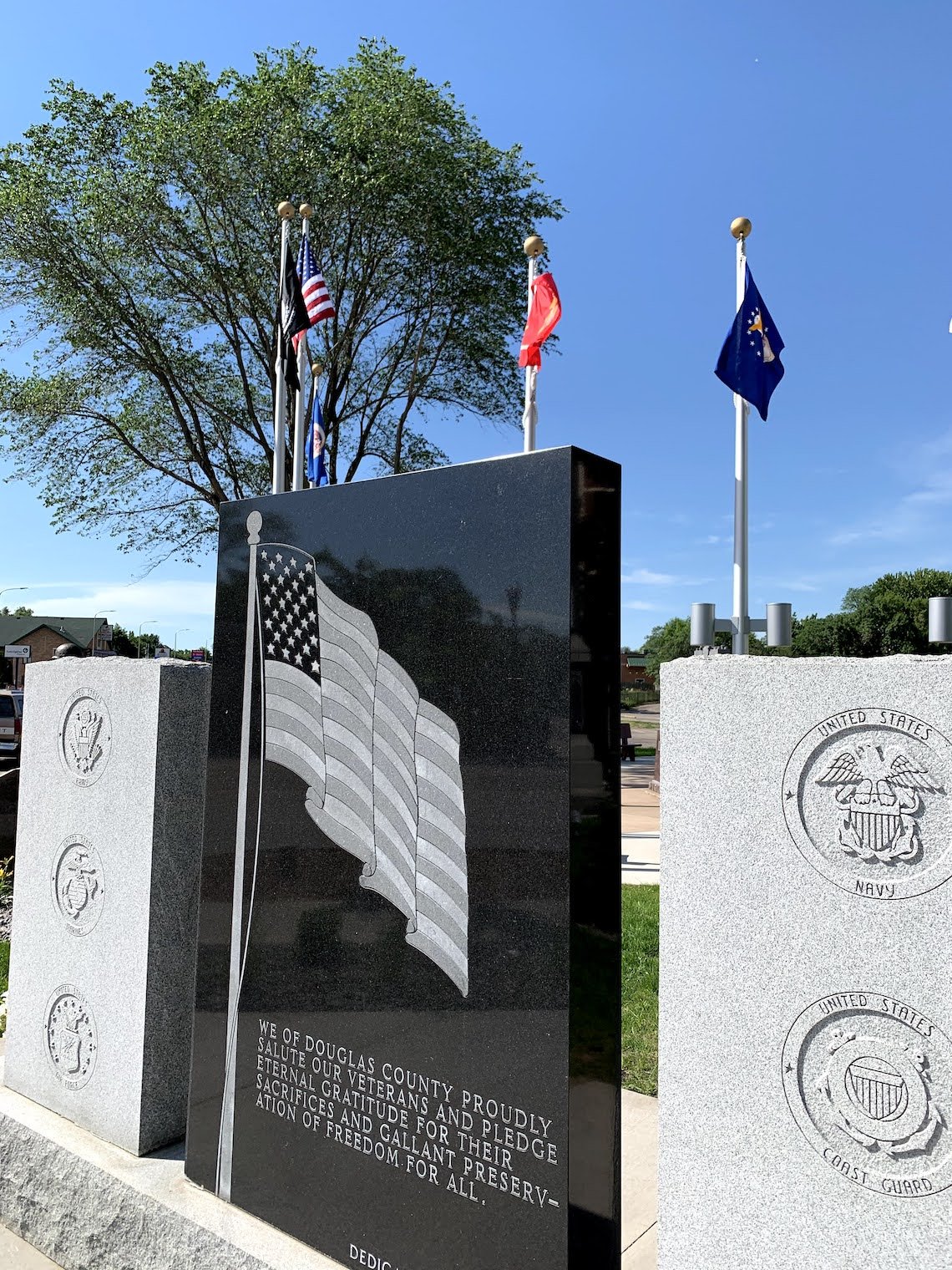 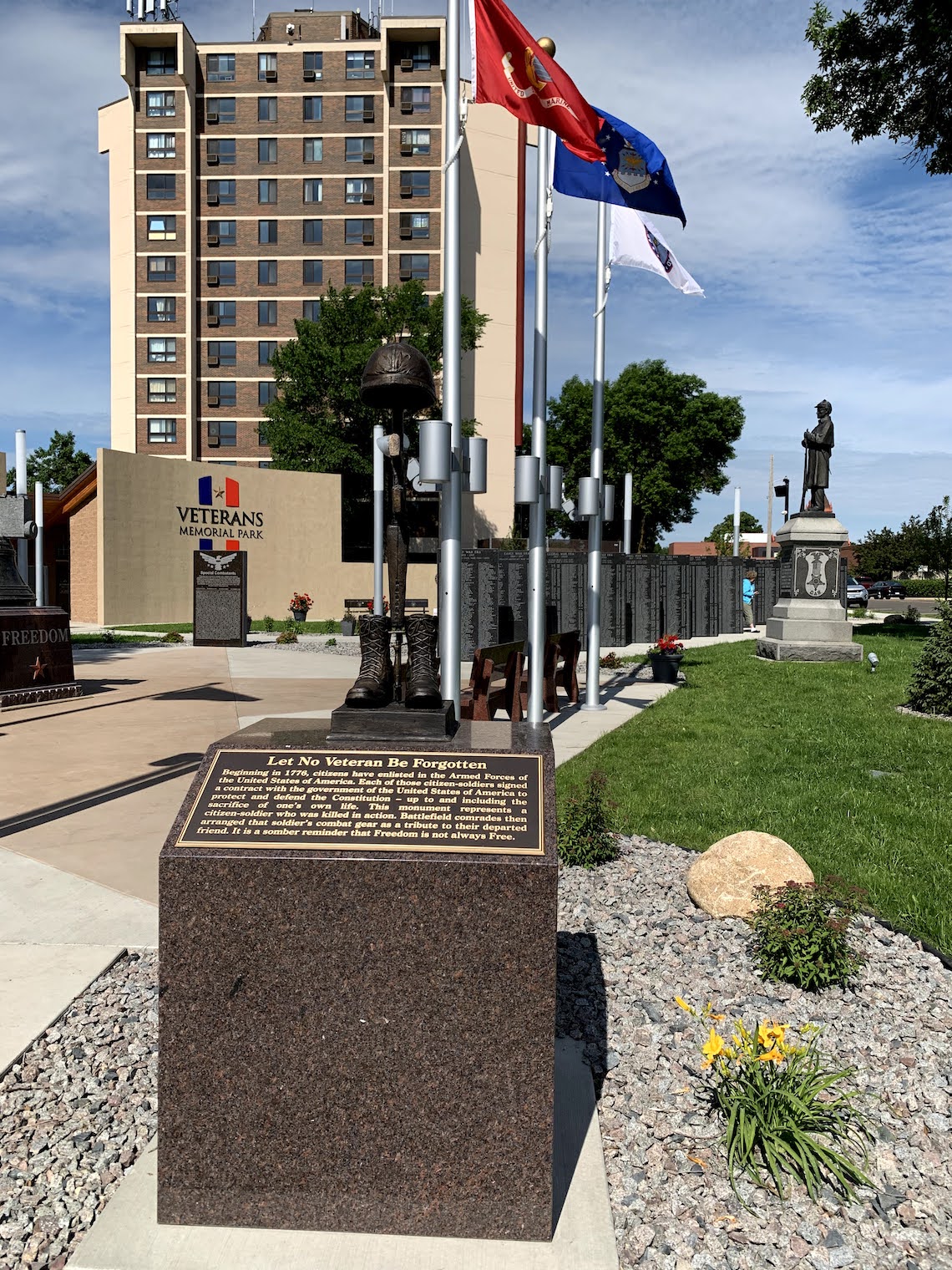 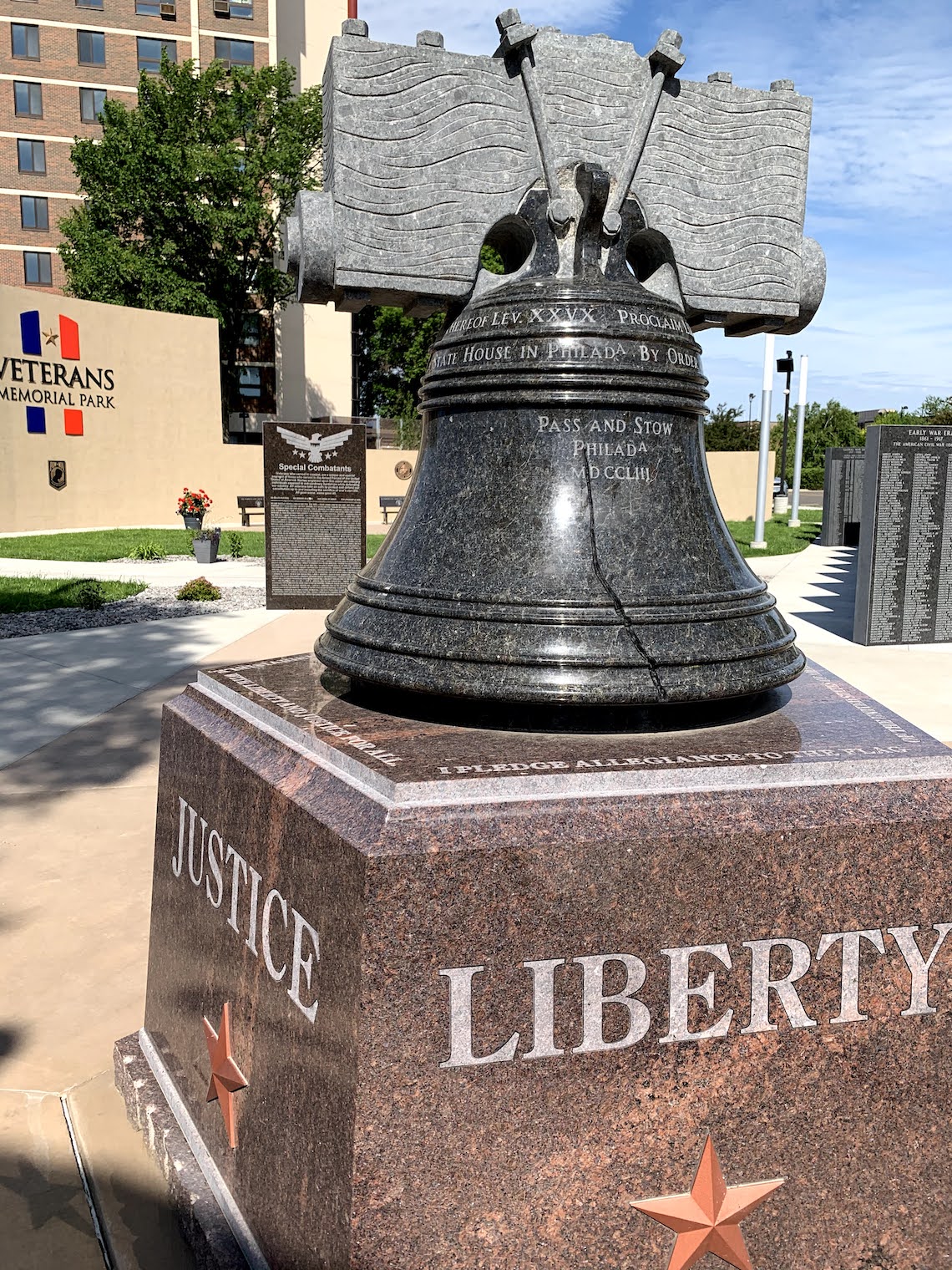 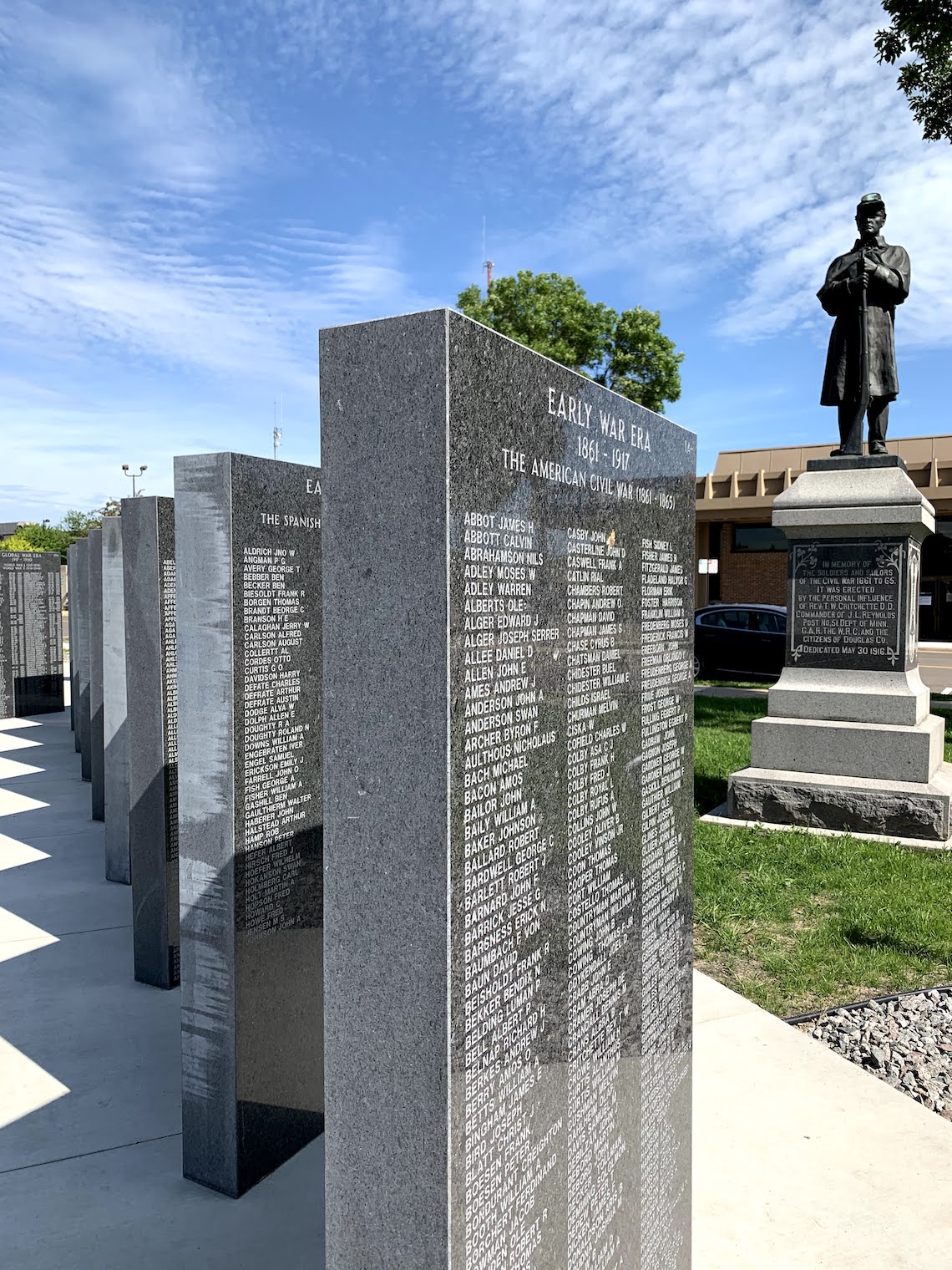