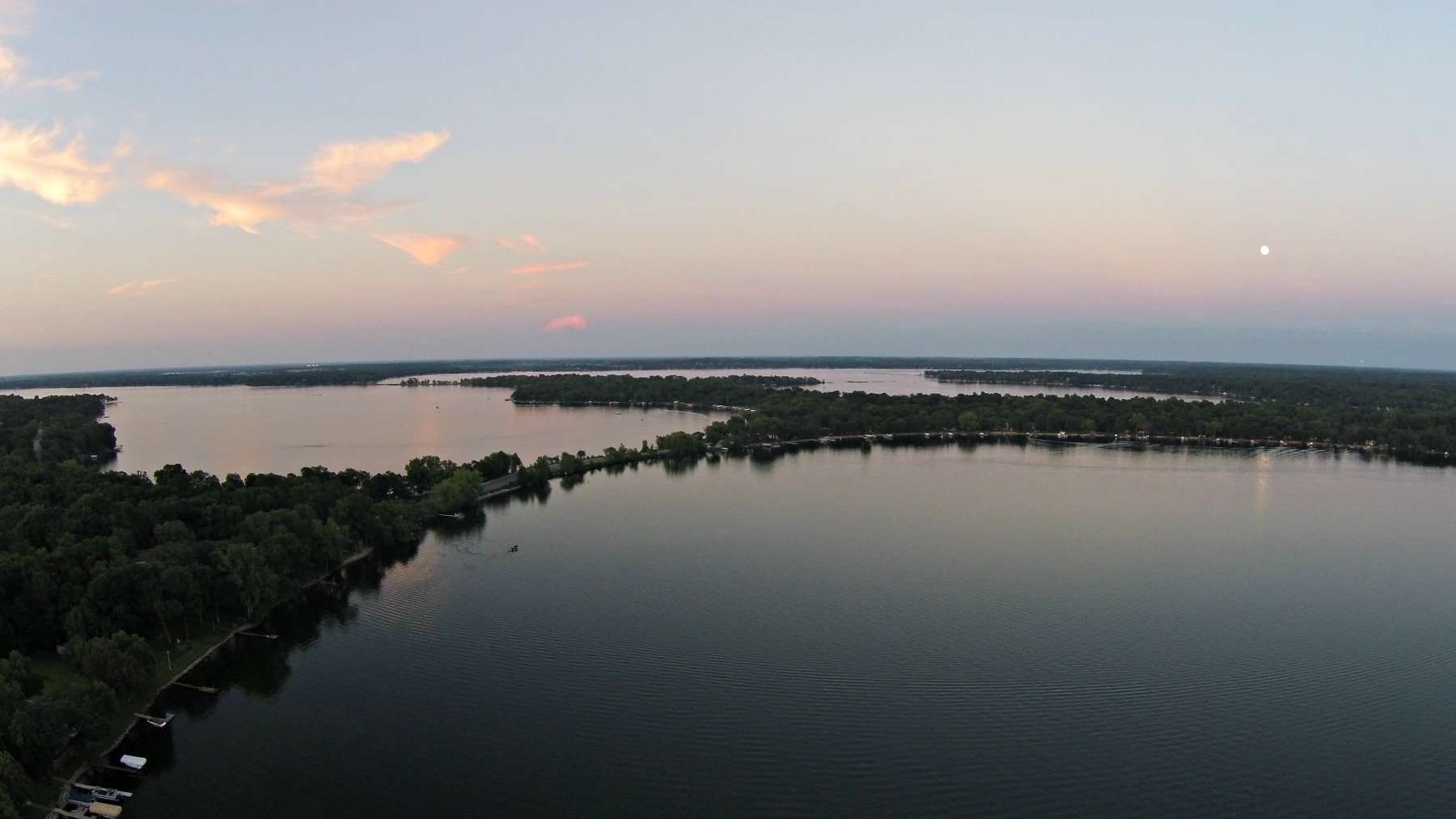 The first of three supermoons in 2014 was out last night and I took some photos shortly after 9 pm so the moon didn’t quite appear so super. The nickname is for full moons that happen when the moon is relatively close to Earth. The closer distance makes the full moons appear larger and brighter than normal. The photo below was shot a little later at 9:51 pm with some of the home and cottages of Darling Drive in the foreground.

The next supermoons will be on August 10the and September 9th.